LEGO: The building bricks of love? 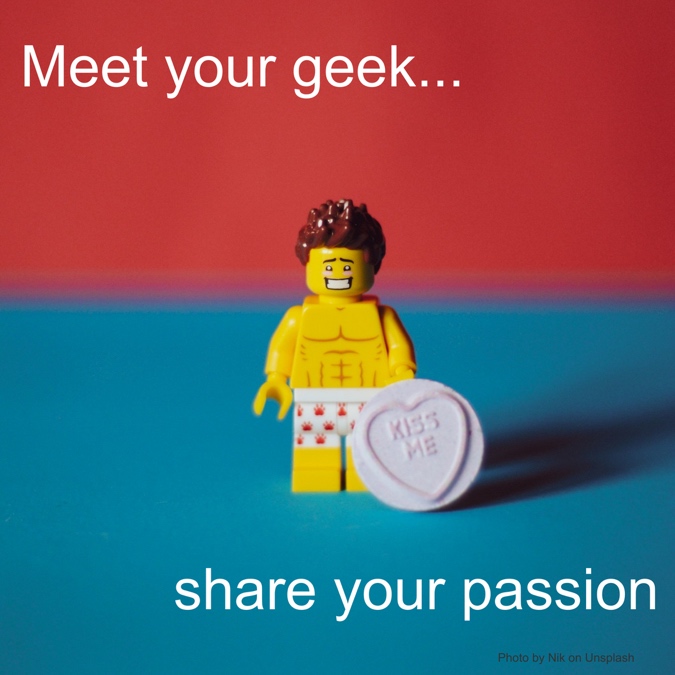 Who’d have thought your love of all things Lego could land you a date? We did!

It may never have crossed your mild before, but there are MILLIONS of Lego lovers out there who are not only Lego fans but could even love Lego more than you do!

So, why wouldn’t you link the two together? Geek Meet Chic is all about allowing you to meet people who share your passion, no more worrying about whether someone will enjoy the same things as you do, and 100% about connecting with those who you know already share your interests.

Lego isn’t just for kid and with literally millions of adult fans worldwide, you are sure to meet someone you can make a meaningful connection with. If you’re nervous about jumping into the dating game, picking your passion as a starting point for conversation can be a great way to start making connections.

Here are some top Lego facts to get the conversation started on your dates:

1. Lego was founded before most of us were born!

Lego was founded in Denmark in 1932, making it 88 years old in 2020! With most of us not even being a twinkle in our parents’ eyes then, it’s hard to imagine how such a simple idea became the iconic household name it is today. Denmark is a fantastic place to visit, as well as being the home of Lego and the Legoland Billund resort, it’s also a perfect place for a first romantic weekend away… wink wink.

Yep, unbelievable isn’t it?! But it really is true. I’m sure you have tried a high number of different combinations already band, it’s a great conversation starter for a fellow Lego lover. Who has tried the most combinations and who has the most Lego sets overall?

3. James May built a Lego house!

This combines two Geeky subjects, Top Gear and Lego! (What’s not to love?) Top Gear’s James May, constructed a house made entirely of Lego back in 2009 and, what a house it is!

If a Lego lover ever had a dream property, this has got to be it. The house included everything you could possibly want for modern day living and at a much more reasonable cost than a normal house.

A binge watch of the 2009 series of James May’s Toy stories could be a great first date suggestion for 2 Lego lovers.

That’s right, the minifigure nation would be the world’s largest population… if they were human!

In 2003, Lego reported that there were 4 Billion Lego minifigures in existence; 17 years on, can you imagine just how much that number has increase by?

The good news is, with only 16% of all minifigures being female… if you’re seeking a female companion in the real world, you’re far more likely to find a date than if you were a Lego Minifigure!

5. Age really is just a number in the Lego world.

As you well know, Lego created a universal system and therefore no matter when a Lego brick was made, it would still connect with Lego bricks being made today. If there’s not an analogy about love in there, then I don’t know what to tell you!

Lego is loved the world over and, with its ever-growing popularity, it will still be around for a long time to come.

We know that people with passions love nothing more to share those passions with like minded people, which is why we created Geek Meet Chic!

To start your journey to finding mutual connections, register your interest today and our app will help you lay the foundations for the building bricks of love.