The 2010s – The Rise of The Female Superhero 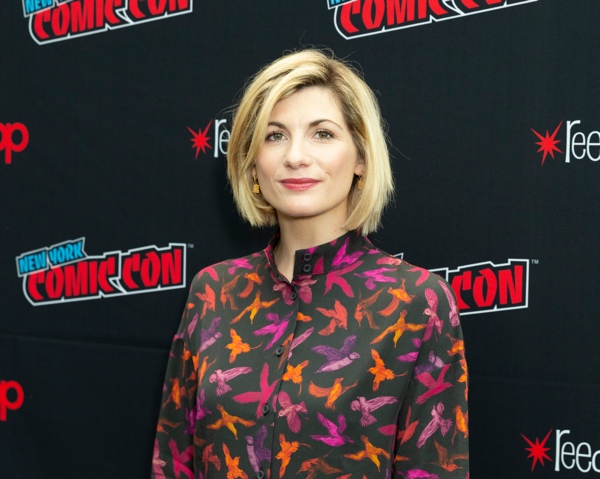 Some might call the previous decade ‘the decade of the woman’, the rise of the female superhero (both on and off screen). We saw women’s power rise across the world with influential women, like Malala Yousafzai, Michelle Obama, Greta Thunberg and the women of the #MeToo movement not just speaking out but being heard. So it’s no surprise that this wave of feminism spread far and wide into our popular culture.

We saw a huge increase in female superheroes and leading ladies both on and off screen, with the return of the Wonder Woman franchise and Captain Marvel smashing the box office and then SuperGirl and Jessica Jones dominating the small screen. So much was achieved by women fighting for equality and recognition and inspiring others to do the same. This article from Glamour sums up everything we want to say and more! It’s no wonder that the BBC decided that the time had come for the first-ever female Doctor in 2017.

Doctor Who has become a British institution, standing the test of time. The story began in 1963, with a hugely anticipated revival in 2005. We’ve seen Doctors come and go, some lasting longer than others, the Doctor is reincarnated when the current body becomes too injured or weak. Peter Capaldi announced that the tenth series would be his last and so rumours began on who would become the next Time Lord. Chris Chibnall, head writer and executive producer of the show, said before the announcement that “I don’t want the casting to be a gimmick and that’s all I can say” and after Jodie Whittaker was announced as the first female Doctor in 2017, he described Jodie as “an in-demand, funny, inspiring, super-smart force of nature”. He also said that she “will bring loads of wit, strength and warmth to the role.” and she certainly has done.

The series has been on the receiving end of consistently strong ratings and has been a huge hit with the fans. Jodie’s Doctor was described by Chibnall as “incredibly lively, warm, funny, energetic, inclusive – she’s the greatest friend you could wish to have as your guide around the universe” so the news of her possible exit from the programme has come as a huge blow to Whovians. Whether the rumours are true or not, fans have been praising Jodie on social media for reminding them that “women can be superheroes too”. One said “In-person and on-screen, she’s a beaming light of hope, illuminating the darkest of days. A Doctor I’ll always hold close to the hearts.” with another stating “My Doctor, The Doctor that made me fall in love fully with the show again and The Doctor that taught me that being different is okay”.

One of Jodie’s most poignant moments as the Doctor came in series 11, episode six when she gave an iconic speech about love: “love, in all its forms, is the most powerful weapon we have. Because love is a form of hope and, like hope, love abides in the face of everything.” and we couldn’t agree more. Love, above else, is a force for good and can conquer all. The fans (and us!) will be sorry to see Jodie go if this year is her last as the Doctor, but she has taught us all so much about love and friendship and we think she’s been an inspiration for so many!

So if you’re still looking for your companion to dive into the Tardis with then you might find them at Geek Meet! Geek Meet is the dating app where you can show off your nerdy side, instead of feeling like you need to hide it and meet other like-minded singles.