The 5 Top Locations for a Marvel Multiverse Date 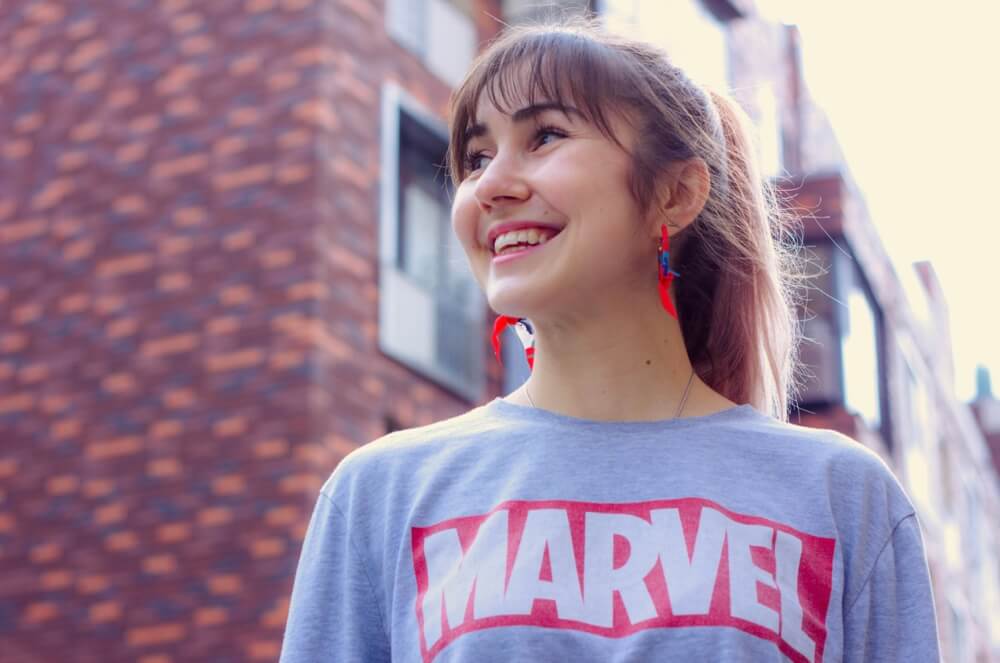 It’s finally happened… You’ve met someone who can level your Marvel knowledge. The first date has been agreed and it’s up to you to decide where. So, to make sure it’s not ‘endgame’ before it’s even started, where do you go? Well, look no further, we’ve compiled the ultimate list of UK Marvel Cinematic Universe filming locations for you to slot into your perfect first date plans and bag that elusive second date.

There are so many spots in the Marvel multiverse that would be perfect for a truly romantic date. Taking in the starry views from Knowhere or perhaps a stroll through the beautiful vistas of Wakanda might sound perfect. But, as international (and intergalactic) travel is currently a bit difficult, we’ve taken a look a little closer to home.

Here are our top five Marvel locations fit for your first date:

2. OXO Tower Restaurant, South Bank, London (Restaurant) – Thor: The Dark World
Perhaps afternoon tea on the Thames is more up your street? You might remember Natalie Portman having a (not so) successful date with the lovely Chris O’Dowd at the OXO Tower Restaurant. With a menu as good as this and stunning views of St Paul’s and the city, you’re already halfway there!

3. Hawley Woods, Hampshire/Surrey – Avengers: Age of Ultron
Is there anything better than a woodland walk, snuggly wrapped up, taking in the beautiful colour of Autumn leaves? The Avengers: Age of Ultron cast and crew filmed the destruction of the Hydra Bunker opener here in 2014 and you can follow in the footsteps of Hulk and Hawkeye. The woods are a military training base but open for the public when training is not in operation.

4. St Abbs, Scottish Borders – Avengers Endgame
New Asgard is based on the little fishing village of St Abbs, on the Scottish Borders. The quaint little village was used as Thor’s new home after Asgard falls. You might remember a rather out-of-shape Thor playing Fortnite and drinking copious amounts of beer when Bruce Banner and Rocket pay him a visit in Endgame. Above the village, an official “ST ABBS Twinned with New Asgard” sign is calling out for a selfie with your date. The views are incredible and there are plenty of cosy little cafes and pubs for you to while away the hours talking all things MCU.

5. Titanic Hotel/Stanley Dock, Liverpool – Captain America: The First Avenger
Whilst you might not make it to New York any time soon, parts of Stanley Dock (now the Titanic Hotel) were a stand-in for 1940s Brooklyn, Pier 13 to be precise. The streets of Liverpool and the Titanic Hotel can be seen in the tense chase scene when Steve Rogers is on the tail of a Hydra Agent. Stanley’s Bar and Grill is the perfect place to unwind after a day of sightseeing and enjoy a cocktail or two at the Rum Bar.

BONUS LOCATION – The Sainsbury Centre for Visual Arts, University of East Anglia, Norwich
The Sainsburys Centre for Visual Arts was used as the Avengers base, seen most prominently in Avengers: Age of Ultron. The centre hosts multiple events and exhibitions throughout the year and is open to the public. We found a great blog that details the evolution of the existing building into the Avengers base that we see in Avengers: End Game. There’s a great café and so much to see that will keep you and your date entertained for hours.

So, there you have it, our top five locations for a Marvel themed date in the UK. Let us know if there’s anywhere you’d like us to add to the list! Your date is sure to be a success when you impress your match with your Marvel knowledge and the subtle nod to the locations that we have all come to know and love from the truly epic films. Here’s hoping that your romance will be just as epic.

If you haven’t quite met your match yet then Geek Meet Chic is the dating app for you, it’s a place where you can show off your nerdy side, instead of feeling like you need to hide it, and meet other like minded singles.

Now, don’t mind us whilst we go and dream of meeting Captain America in Crocker’s Folly for a Manhattan.